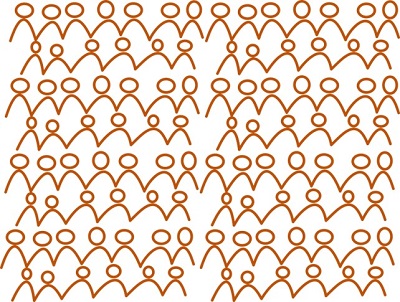 Numbers add both comforting precision and eerie uncertainty to life. For precision’s sake, we like to know the swimming pool isn’t just “deep enough” but is eight feet deep where we’ll dive in.

Yet, when we hear that “most” of a country’s citizens voted to leave the European Union, we’re at once reassured by the principle of majority rule (albeit by a slim 52% to 48% margin) and unnerved by the need to understand what the vote truly meant. The “Leave” and “Remain” camps of the Brexit conundrum polished their views but only several years later. The yes-or-no decision evolved into other options: “hard Brexit”, “soft Brexit”, “no-deal Brexit”, “the Prime Minister’s deal”, “major renegotiation”, “another referendum” and even “Brextension”. That a seemingly clear decision became murkier by the day means the original scope wasn’t sufficiently fleshed out. It also highlights the difficulty of concretizing what “most” people think.

A pronoun and determiner, the word most gives pause for thought – or better, for clarity. Oxford Dictionaries’ definition says it all: most is both “the majority of” and “nearly all of”. Which one you take may not matter much when, as already noted, the majority calls the shots. But depending on how “most” is used, we may be left wondering if it means a slim majority (51%) or practically all (say, 90%).

Take also the statement and credibility-booster, “most experts believe”. If the proportion referred to is only six experts out of 10, we’d be curious to understand what the other four think. Generalizing for expediency’s sake doesn’t build the case for certitude. And, lumping individuals into uniform groups is problematic. Unless statistics can back it up, “most of Generation Y” is an assumptive statement categorizing an age group whose members zealously guard their individual identities.

In the age of checking facts and generating precise data, it helps to know the scope and scale of anyone’s “most”. We may spend “most of the weekend” pondering such issues but if so, then it’s good to understand if it was all day and night – or just the afternoons.