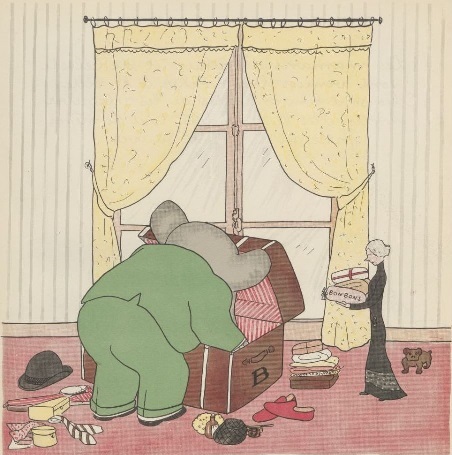 Metaphorical idioms communicate very human concerns but may not be understood by everyone. Like all idioms, the individual words that make up these expressions do not communicate their meaning but have special significance. So a bit about the background of these phrases helps to grasp their full meaning. Interesting facts behind the following four expressions explain their origins and evocative insights. Cited by Oxford Dictionaries as originating in the 16th century, this expression means “tears or expressions of sorrow that are insincere”. But what’s the link to crocodiles? These reptiles were believed to weep while eating or luring their prey, thus leading to the idea of feigning sadness. Crocodiles have glands that produce tears, yet the link to deep emotion is questionable. Nevertheless, Edmund Grindal, the Archbishop of York and of Canterbury, used the phrase to invoke insincerity in 1563: “I begin to fear, lest his humility … be a counterfeit humility, and his tears crocodile tears.“ “An elephant in the room”

Appearing often in the media and peppering conversations every day, this phrase is not always fully understood. It signifies more than a problem that should be obvious to all but isn’t noticed by everyone; it’s about a sticky issue that no one wants to discuss. According to the Cambridge English Dictionary, the expression connotes a difficult situation “that people do not want to talk about”. The phrase came into use in the United States in the 1950s, but may already have emerged in the early 1900s in the United Kingdom. And an even earlier though simpler reference was made in the 1814 fable “The Inquisitive Man” by Russian writer Ivan Krylov, in which a man goes to a museum and notices many small things – but not an elephant.

“A canary in a coal mine” An allusion to an early indicator of impending danger or failure, this expression appears increasingly in the financial media. But it dates back to the early 1900s when caged canaries were taken into coal mines in England to warn of dangerous gases in the tunnels. The canary, a small songbird in the finch family, is more sensitive to odorless carbon monoxide and other poisonous gases than humans. So an ailing or dead canary meant toxic gases were about to reach lethal levels. The expression has also seeped into use in information technology: a “canary release” of software is the introduction of a new product on a gradual basis to a limited number of users (to catch and reverse bugs or negative changes quickly and prevent a flop). “A tempest in a teapot”

Used primarily in the United States and indicating an unimportant event that is blown out of proportion, this statement is expressed as “a storm in a teacup” in the United Kingdom. But all told, the expression originated in neither country. According to Phrases.org.uk, Cicero in De Legibus (begun in 52 BC) wrote: “He was stirring up billows in a ladle.” In fact, different cultures have translated Cicero’s text in different ways. The Dutch version is “a storm in a glass of water”, while in Hungarian it’s “a tempest in a potty”. The first use in English varies significantly from the final version, with the Duke of Ormond writing to the Earl of Arlington in 1678: “Our skirmish … is but a storm in a cream bowl.” In 1825, the expression appeared in Blackwoods Edinburgh Magazine: “What is the ‘tempest raging o’er the realms of ice’? A tempest in a teapot!”. Then in 1838, again in Scotland, the phrase was used by novelist Catherine Sinclair who penned: “As for your father’s good-humoured jests being ever taken up as a serious affair, it really is like raising a storm in a teacup.”