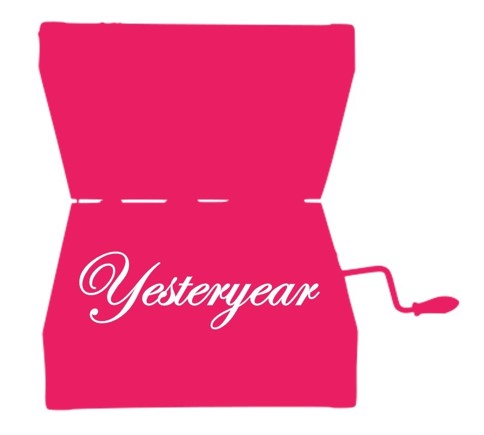 You may consider the word “yesteryear” to be a clumsy fusion of “yesterday” and “year”. It certainly is a combination of the two and is defined by Oxford Dictionaries as “last year or the recent past”. But as with many words, still waters run deep, such that the past conjured up by “yesteryear” is “nostalgically recalled”, as Oxford’s definition notes.

The term is associated with British poet Dante Gabriel Rossetti’s elegant English translation of the 1461 work by French poet François Villon entitled Ballade des dames du temps jadis (which Rossetti called “The Ballad of Dead Ladies”). The often-cited line “Mais où sont les neiges d’antan?” was translated as, “But where are the snows of yester-year?” The French word antan, from the Latin anteannum or “the year before”, eloquently connotes the notion of yore or a more nostalgic past.

Today, yesteryear is not to be forgotten: “Live the moment. Cherish the present. Anticipate the future. Frame the yesteryear”, urges anonymous author Hlovate. And classic Matchbox cars in the “Models of Yesteryear” range still thrill collectors in 2019. Fond memories of periods from which we have moved on ensure the past is always present. The ease of rekindling fashion trends and recalling music hits of the 1960s, 70s and even the not-too-distant 80s bears this out. The four-day Wickham Festival for music and the arts in the United Kingdom devoted space on its website to a “Yesteryear” section listing the line-ups of prior festivals, starting with 2012.

Of course “yesteryear” doesn’t always call to mind a golden past. In its 2018 football World Cup campaign, England had to exorcise “the ghosts of yesteryear”, the memory of previous tournament penalty shootouts gone awry, according to USA Today. The word can also slip from its connotation of the good-old-days to serve satire: “The people who are always hankering loudest for some golden yesteryear usually drive new cars,” wrote American columnist and author Russell Baker in 1992.

Nonetheless, “yesteryear” fills the expanse of the past and means many things to many people. That may be why it’s a word from a bygone era that mustn’t go unnoticed.