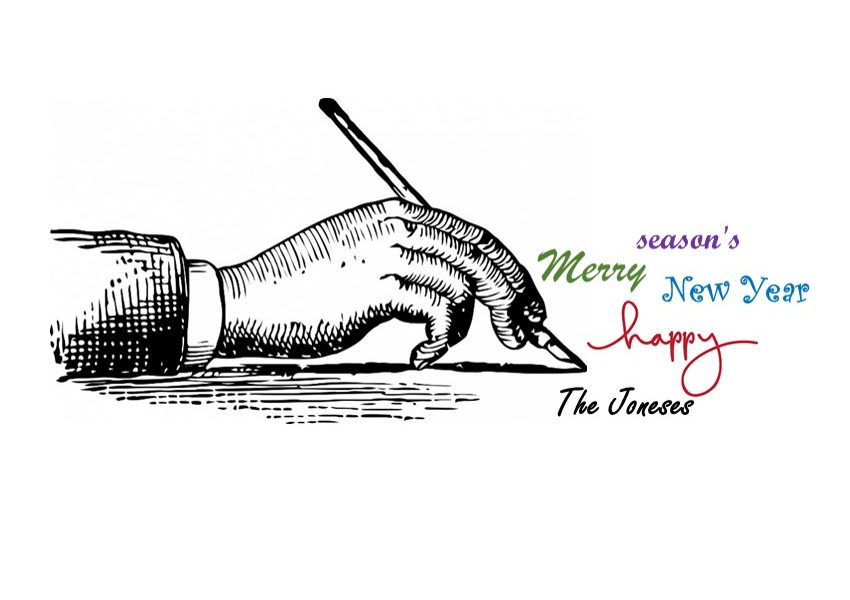 Before you write another batch of holiday cards or emails, consider these common gaffes so they don’t creep into your messages. Keeping them in mind will ensure your greetings will be even more thoughtful.

The correct form is ‘Tis, a contraction of “it is”, thus requiring an apostrophe. ‘Tis was commonly used in the past, so keep its correct spelling during the holidays.

Know when “Merry Christmas”, “Happy Holidays” or “Happy Hanukkah”, among others, is the appropriate message to communicate.

Before writing “Please RSVP” on the invitations for your holiday party, recall that the abbreviation stands for the French phrase, répondez s’il vous plaît, which literally translates as “Respond if you please”. The polite form of request is thus already included in the initialism. So, “Please RSVP” means “Please respond please”!

4. Give your regards to the Joneses (or the Jones family)

5. Know when to be possessive

6. Know when not to be possessive

As a well-known stand-alone phrase, and given that “Christmas” is a proper noun, both words in the greeting “Merry Christmas!” are capitalized. But in the good tidings, “Wishing you a merry Christmas”, the word “merry” is a simple adjective, so it’s written in lower-case letters (as is “Looking forward to a white Christmas”). And likewise, write “Happy New Year!” but “Have a happy New Year”. And when referring generally to the year, the correct form is without capitalization: “the new year” and “a new year”.

The Quayle family (Dan Quayle was Vice-President of the United States from 1989 to 1993) once sent a holiday card with the message: “May our nation continue to be the beakon of hope to the world.” The misspelling “beakon” wasn’t corrected. Save yourself any awkwardness and make sure your greeting does not include any mistakes!

Santa was not wrong to be diligent and “check it twice”. Today it’s as important as ever: check the names of the card recipients, not just so the mail gets delivered to the right people but because for the receivers, the only way to spell their name is correctly.