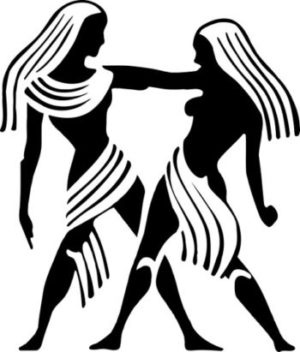 “She looks just like you.” Or, “You could play his double in a movie.” If you hear these declarations you might think, “Hmm, a doppelgänger!” That English has integrated a long German word – often with its characteristic “umlaut” over the “a” – speaks volumes about how open the language is to foreign words. And in this case, a wonderful one with a fascinating background.

Doppelgänger is an apparition or double of a living person or, more commonly, a lookalike. “He has been replaced by an evil doppelgänger” is one example of its use. According to German folklore, every living creature has a spirit double that is invisible yet identical to it. They aren’t ghosts, which appear after death, but are spiritual opposites or negative counterparts.

Such postulations were part of the German Romantic movement of the late 18th and early 19th century that influenced philosophy, aesthetics, literature and criticism. In his novel Siebenkäs, published in 1797, Johann Paul Richter coined the German term by combining doppel (double) and Gänger (goer). To meet one’s doppelgänger was a bad omen or imminent sign of death. Richter, however, used the term when the main character in the book meets and speaks to his alter ego. Thus, doppelgänger was instead associated with a spirit double and by the mid-19th century was adopted in English.

The longevity of other German words in English, such as “schadenfreude”, “kindergarten” and “pretzel”, may explain some of doppelgänger’s appeal. In June 2018, an article in Marie Claire magazine asked, “What’s up with the Kim Kardashian doppelganger?” The lurking, sinister implications of doppelgänger profiles on Facebook mean that impersonations will come under increasing scrutiny. But the thrill of finding your long-lost twin somewhere on the globe has helped to popularize the “twin strangers” phenomenon, namely people unknown to each who look alike and through social media discover their doppelgänger – or so they’ve been labelled in the media. You can also look for your “museum doppelgänger”, or the museum portrait you most resemble, through the Google Arts and Culture app.