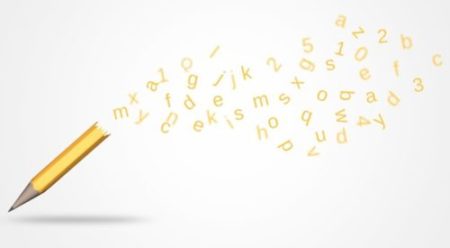 Ask children to describe their dream job and the response will be clear: a firefighter to put out fires; a policeman to protect neighborhoods; a teacher to educate people.

That profession was among 10 listed by Business Insider as “impossible to explain to your parents”. The occupations that couldn’t be explained were nevertheless described as able to channel tasks and responsibilities to achieve a specific result. For example, investment bankers link investors to others who need money to strike a deal; sports team managers supervise coaches and players to ensure their teams win; data scientists analyze information so executives can confirm their final decisions. And editors? They make every piece of writing clear and error free so audiences can easily understand what they read. Each of these occupations has a crucial last mile in delivering its goods. A term that originated in the 1970s, the “last mile” connoted the final, critical distance in providing a product or service – a package hand-delivered from a central depot, or telecom services transmitted from a hub to a person’s home. While it was meant to reassure customers that something promised would get done, it came with the unenviable image of walking a tightrope between success and failure. Skimping on the last, minor details could end up causing major, unforeseen problems. The visual inspection of machinery, for example, may be a dangerous shortcut when close manual checking is required. Or, sending a wedding invitation without the RSVP could result in an incomplete list of guests and a disgruntled bride and groom. The last mile serves to remove the lump in the throat from worrying that everything planned could come undone because of a loose screw or a forgotten spellcheck.

Above all, the last mile ensures inclusiveness, thoroughness, completeness and accuracy. Delivering a piece of finished writing is no different. A draft must undergo review and scrutiny before it’s published – the revising and checking for clarity that constitutes editing. Though some try to minimize the importance of good writing or question the value of correctly used words, commas and full stops, editing endures and has even become critical to communication. According to Reader’s Digest, a misspelling of “exotic” as “erotic” to describe vacations offered in a travel agency’s advertisement cost the company 80% of its business. And, a missing hyphen in the guidance code of the $18.5 million Mariner 1 probe launched in 1962 to explore Venus caused it to veer off course and led to it being destroyed. Author Arthur C. Clarke called it “the most expensive hyphen in history”.

No doubt, court cases ending in settlements worth millions to resolve misunderstandings caused by missing punctuation or ambiguous text illustrate the value of taking that last mile seriously. But even texts that don’t wind up being scrutinized in court must be clear and concise for their audiences. Thus, editors can feel confident of their profession’s merit when answering questions about what they do and its importance. It’s the last mile of effective writing.