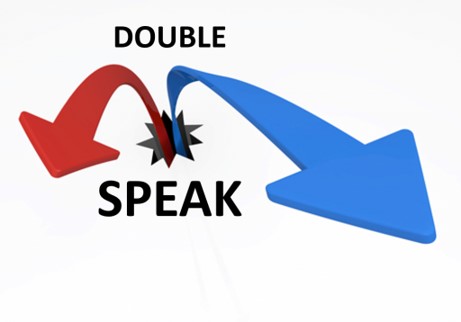 Is doublespeak unavoidably negative? If you’re committed to digging underneath its ostensibly euphemistic sheen, it most certainly is. But that doesn’t stop it from being an element of everyday discourse. We’ve assembled more examples of doublespeak, including some that have been used recently. The obscure term is listed first, followed by a clear, standard meaning:

over the top vs crazy

take down vs kill

restructure the company vs fire employees

freedom fighter vs terrorist (on one’s side)

post-truth vs downplaying the facts

occupied vs invaded and controlled by enemy forces

calm before the storm vs inevitable problem