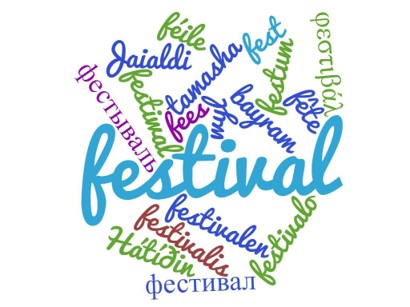 The renaming of Geneva’s Fêtes de Genève to the “Geneva Lake Festival” has ruffled the feathers of language purists, according to the city’s daily, the Tribune de Genève. “Geneva Lake Festival” is a gesture to international tourists who, some claim, will more quickly identify with and understand the nature of the Swiss city’s important annual event if couched in English. But should we buy the idea that travellers can’t deduce that the French word “fête” has to do with a festival? Fireworks during the Fêtes de Genève

Recasting distinctive and charming words from a local language into broad and bland English terms can be likened to waving a white flag to tourism and its numbers, surrendering to dominant trends over local pride in a midsummer street fair that has been taking place for over 90 years. What’s more, the renaming goes against another tendency in English-speaking cultures to keep the spelling of foreign words right down to their accents or diacritics. Professional athletes are now requesting their names be spelled with the proper accents, such as on the jerseys of baseball players Gonzàlez, Canó and Nuñez in the United States.

Numerous common examples in English – from soufflé and risqué to the brand-name creation, Häagen-Dazs – reveal that people are searching out the accent keys on their laptops and smartphones. More significantly, they are learning something new about language and pronunciation: a man’s fiancée is not the same as a woman’s fiancé, and when pronounced in English the word has three syllables, not two as in French.

Another famous festival brings home the point. Although it’s not endowed with an accent, Oktoberfest, the name of Germany’s fall classic, is religiously referred to by its German title all over the world.

Can we agree that “fest” and “fête” have to do with “festival”?