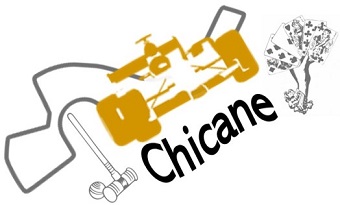 English has many words with multiple meanings. Can we say there’s an art to using them?

Take chicane (shi-ˈkān), which first appeared in the 1670s and has several meanings in English: a sharp double bend, a set of cards dealt to a player in a card game, and the use of deception. It comes from the Middle French verb chicaner, defined as to “quibble” or “prevent justice”. It also meant to “deceive or trick”, as in employing chicanery, which is “clever, dishonest talk or behavior that is used to deceive people”, according to Cambridge Dictionary. We’ve all heard that “political chicanery of all sorts goes on behind closed doors”, as cited by Oxford Dictionaries.

The word is also used as a verb, as in “they spend more time chicaning on statements than on the principles beyond the proposal”. In addition, a person can be chicaned into doing something. Chicanery has a host of synonyms no less intriguing – hoodwinking, duping, skulduggery, bamboozling, pettifogging and legerdemain, to name a few.

Besides the word’s established definitions, Encyclopedia Britannica cites chicaner as originating either from chic, as in “little” or “petty”, or from the Persian chaugan, a polo stick, but one used on foot in the French game jeu de mail. A variation of that pastime, called chicane, was played mostly in southern France into the 20th century. In fact, jeu de mail à la chicane was a less formal form enjoyed “in open country, in avenues, roads, and any place where people are wont to meet”, according to Joseph Lauthier, author of Nouvelles Règles pour le Jeu de Mail (1717).

Clever deception was useful in the military as well. It had its own take on chicaner by employing chicanes, or “false battlements or obstructions intended to deceive or hinder an advancing enemy”, according to Geoffrey Cornelius’s paper “Chicane: Double-Thinking and Divination among the Witch-Doctors” in Divination: Perspective for a New Millennium (2010). This likely predated other uses of the word. Chicanes became part and parcel of racetracks, their typical winding design serving two purposes: not just to slow down a race’s pace, but also to allow drivers to demonstrate tactical prowess and overtake competitors. In contrast, racers who drive their cars particularly slowly and hinder the leaders’ progress are known in racing parlance as “mobile chicanes” or “moving chicanes”.

Chicanes have also become increasingly common on urban roads to reduce the speed of traffic. They are now familiar staggered buildouts on city streets – wonderful for safety, a bane for drivers. Pedestrians at railroad crossings must often navigate a chicane, the zig-zag-shaped barrier that ensures they turn to face both directions to see an approaching train.

Chicane’s deception, ploys and redirection are characteristic, too, of games. The absence of trumps in a hand of cards is known as a chicane, as is a hand without cards of one particular suit, according to Oxford Dictionaries. As observations in Divination note, “Chicane is the complement to the trump … the art of the chicane dances with the power of the trump, for that is its goal, to rise from negation to triumph.” The hand with no trump is “lacking all natural capacity, and high skill is required in bidding and playing to a successful conclusion.”

Ah, the art of the chicane – and the art of using the word in many ways.