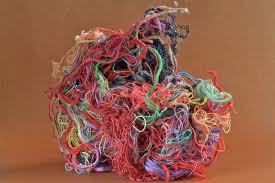 Our wonderful words series features terms that may not be well known, but that are odd and marvelous.

Floccinaucinihilipilification means “the action or habit of estimating something as worthless”.

World Wide Words (www.worldwidewords.org) gives us more details on where this word comes from. There, British etymologist Michael Quinion writes: “Back in the eighteenth century, Eton College had a grammar book which listed a set of words from Latin which all meant something of little or no value. In order, those were flocci, nauci, nihili, and pili … As a learned joke, somebody put all four of these together and then stuck –fication on the end to make a noun for the act of deciding that something is totally and utterly valueless”.

All those who took Latin will remember that flocci or floccus is the Latin for “lock of wool”, nauci means “worthless”, nihili signifies “nothing” and pili or pilus means “hair”. This word’s main claim to fame, though, is that it is regularly listed as one of the longest words in English. It is often included with “antidisestablishmentarianism” and “pneumonoultramicroscopicsilicovolcanoconiosis” as an example of extremely long nouns. The latter, which also has a long definition – “an invented long word said to mean a lung disease caused by inhaling very fine ash and sand dust” – is the longest word in the Oxford Dictionary of English.

So, is all of this just floccinaucinihilipilification?