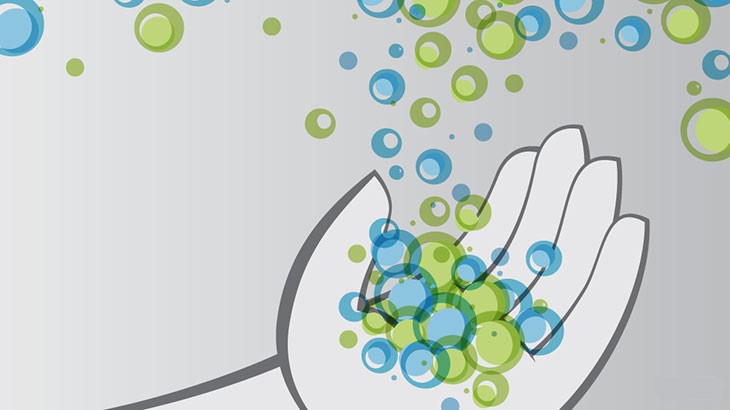 Innovations, transformations and revolutions love what’s new, and hate normalcy. So if much of society can’t wait for the next iPhone, why are we so quick to label something new as the “new normal”?

Is the new normal the same as saying a trend or atypical situation has become mainstream? Perhaps. But today’s speed of change often means a novelty quickly gives way to the new normal – and this before it can go through the vetting, selective weeding-out and testing processes society once demanded.

On that note: have you ever yearned for the (old) normal – in language, those bland, unadventurous or just ordinary words because

they were simply the most appropriate terms to use? You certainly aren’t alone.

We provide a respite with a selection of time-tested words and phrases to underline that the normal is eternal – and, in today’s world, even sometimes new:

One who will never come to your rescue, but a character or ordinary individual that a theatre audience or reader could easily identify with.

Every Tom, Dick and Harry

Any random person, or ordinary people in general. Use of three male names in succession and for this purpose apparently dates to Shakespeare, who used “Tom, Dick, and Francis” in Henry IV, Part 1, according to The Free Dictionary.

The man in (on) the street

The average man, who thinks like most other people. Pundits and millennial entrepreneurs notwithstanding, he is still out there.

“Joe Anybody”, or no one in particular. It can have a slightly negative connotation, as for instance: “Any Joe Schmoe can do that.” The schm– or shm– prefix is from Yiddish and serves to diminish or negate, as in “fancy schmancy”, another common expression.

Along with “Jane Doe”, an anonymous party, typically the plaintiff in a legal process. The term has also been used to refer to an unidentified corpse. “John Doe” originated in the United Kingdom, as did “John Bloggs” and “John Smith”, which are used to connote Everyman. “John Q. Public” is a typical American moniker with the same function.

In medieval times, the name given to plots of land just outside London’s walls that were under dispute. The term also came to designate a site of execution beyond the city’s north wall. It was later used to describe unoccupied or contested territory, or land between two enemy trenches (World War I). Today, it is used more generally as “an indeterminate or undefined place or state”, according to Oxford Dictionaries, which cites usages such as, “He is a citizen without

a country, trapped in a no man’s land of fast food outlets and endless shopping opportunities”, or “Right now, we are in no man’s land, politically”. Does the latter sound familiar?

A real or fictional place regarded as being typical of the United States. Anytown is the name of a film released in 2009, and Anytown, USA the title of a 2005 documentary.

The principal street of a town. Oxford Dictionaries states that “Main Street” is also a label given to “the materialism, mediocrity or parochialism regarded as typical of small-town life” in the United States. So, if regional and local banks don’t start providing more loans, Main Street will suffer.

Will it play in Peoria?

A phrase first used in the early 1880s, made popular by the comedian Groucho Marx. Peoria has been special in the realm of normalcy: its residents were representative of the US population, making it a testing ground for consumer products and political campaigns. In addition, its theatre audiences were reputedly so tough that the statement “it bombed in Peoria” became a common term for any entertainment production needing to be reworked – or canned.

Something that is bland or safe, or avoids extremes. This adjective is often used in political discourse or to describe entertainment. One might ask, for instance, “Is this middle-of-the-road music appealing?”

Anything lacking unusual or distinctive aspects – or, simply, ordinary. The expression originally referred to products that came directly from a mill in an ungraded state with possible imperfections. But it’s used in a much broader sense today, as in “Did this strike you as overkill or just run-of-the-mill political speak?” It differs from “having the run of the mill”, which denotes the freedom to roam around an area.

A dime a dozen

Something that is readily available, and thus inexpensive. This idiom was used in the United States in the 1800s to sell products at a good value, using the common dime of US currency. Thus, “Get your eggs here – just a dime a dozen!”

Something basic and lacking distinction. This term became popular in the 1970s to describe standard versions of, for example, software and financial products. But the simplicity can also be attractive. A “plain-vanilla car” comes without complicated bells and whistles. And an order of “plain vanilla”? Some think it’s the best flavor of ice cream.

An unremarkable or insignificant thing, lacking in substance. While not a hamburger that’s all bun and no patty, “nothingburger” has been revived in US politics to designate something that seems important at first but that is insignificant or overhyped. It can also mean “bland”. Knowyourmeme.com cites its first use in Hollywood, USA in the 1950s to connote “someone or something with no inherent value”.