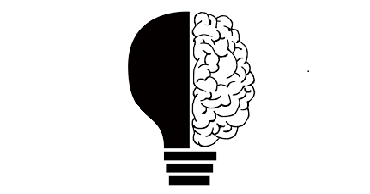 Opposites don’t necessarily attract, but they usually make things clearer. Coins always land either heads up or tails down. The New York Black-and-White Cookie is iced in both colors, each occupying the same amount of surface area. And left and right are two distinct sides – except when your left happens to be my right.

If you have difficulty telling right from left, you’re not alone: almost 20% of college professors and 26% of college students say they have trouble quickly distinguishing the two, according to a March 2015 report in the Mail Online. Perhaps it’s no wonder medical personnel mark a patient’s body before an operation to ensure the incision is made only once: on the correct side.

Choosing left or right has surprisingly practical benefits. Recently UPS, the package delivery company, added a twist to improving fuel economy. Its drivers should now try to make as few turns as possible through oncoming traffic, according to an article in The Independent. That means, avoid turning left in countries where they drive on the right, and vice versa. Such turns require longer waits in intersections and more stops and starts, all of which increases fuel consumption. On top of that, it’s risky behavior and leads to more crashes.

Left and right, however, aren’t always so black and white. People use both sides to a certain degree. The brain’s right half controls the body’s left side, and vice versa, but both right- and left-handers are known to do certain things with their weaker hand, such as eating, ironing, kicking a ball or using scissors (maybe that’s why brain matter is gray).

While science backs this up, perceptions, habits and hearsay are more likely to punctuate our views about left and right. “Left” is disadvantaged in common expressions: having two left feet doesn’t make life easy, and a left-handed compliment is, according to Dictionary.com, “praise that is subtle dispraise”. “Right”, in contrast, means more than just a direction or position, as in to get off on the right foot, to be on the right track and to give one’s right arm (to go to any length to obtain something). We feel best with the right amount and the right answer, and especially when the price is right. Right on! most people say, including the 90% of people who are right-handed.

To link the early days of “right” with notions of righteousness would not be far off the mark.

Of Germanic origin, “right” is related to the Latin rectus, or “ruled”. The English “adroit” comes from 17th-century French, à droit, meaning “right”, “to the right” or “skillful”. Both Latin and French had their hands in “dexterity”. As Oxford Dictionaries notes, the word’s connotation of mental adroitness comes from the French dextérité and, prior to that, from the Latin dexteritas and dexter, meaning “on the right”.

“Left” has a decidedly different past and character. It’s clearly associated with weakness, coming from Old English lyft, left “weak” (the left-hand side being regarded as the weaker side of the body). The French gauche, or “left”, led to the anglicized version of this word to mean “unsophisticated” or “socially awkward”, as in “I felt somewhat gauche.” As Merriam-Webster states: “Presumably these meanings came about because left-handed people could appear awkward trying to manage in a right-handed world – or perhaps because right-handed people appear awkward when they try to use their left hand.

In fact, ‘awkward’ itself comes from the Middle English awke, meaning ‘turned the wrong way’ or ‘left-handed’.” No surprise, then, that “maladroit”, which originated from the French (the prefix mal means “badly”), describes something as inefficient or inept.

While left-handers perform as well as righties in many areas of sports, they still must shake the lefty stigma. In basketball, to go to your left means working on one’s weaker side. Baseball players positioned in left field traditionally have weaker arms than center or right fielders, as they throw the ball a shorter distance than those in the other two parts of the field. That may also explain why people considered to be out in left field are viewed as having an unconventional position or style, or as being ignorant or confused.

Ultimately, politics gave the left its voice and moral ground, but not after a struggle. The “left wing” and “right wing” arose during the French Revolution, when aristocratic members of the French National Assembly sat on the right, and commoners and supporters of the revolution on the left. The right in many societies represents interests of duty, tradition and authority, and is seen as conservative, whereas the liberal left leans to notions of equality, fraternity and reform. How will this left–right relationship continue to unfold? The book Drawing on the Right Side of the Brain revolutionized how we view the brain’s ability to execute creative tasks. Associating creativity and, as the book noted, “artistic confidence” with the right side of the brain may have further stigmatized lefties as secondary citizens. And that shops dedicated to utensils for left-handers are few and far between means that left-handed people will always need to adapt. If opposites aren’t always fair, at least they provide some humor and a sprinkling of truth:

“When nothing goes right – go left.”