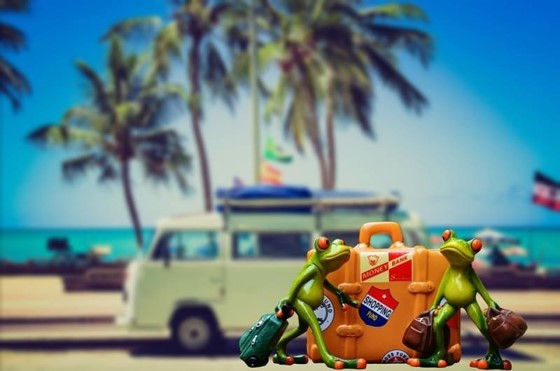 Native English-speakers looking to converse in their language when they travel in a foreign country can increasingly forgo this once common question. The language school St George International estimates English is spoken by over 1.5 billion people worldwide. And according to telegraphtravel, it is spoken by more than half of all people in 45 countries outside the United Kingdom. Among the 1.5 billion are many who speak it as a second language and do so with aplomb, ready to engage. In fact, a good number of English-speaking travellers no longer bother to ask the question. That the people they encounter in other countries speak English is blindly assumed.

How we relate to language and the words we use is strangely similar to our relationship with technology, the speed demon of change sans pareil. On the one hand, we remove a word here and a phrase there, without thought, just as we move from an “old” iPhone to its latest iteration. On the other, it’s a surprise and downright revelation that words and phrases we assume will stand the test of time are no longer of use. Travel and tourism provide vivid examples; as The Telegraph newspaper (15 May 2017) asserts, we must beware of common phrases – like the one in the title – that “need to be consigned to the history books”. It notes some gems:

Do you accept traveller’s cheques?

Can I use the phone?

Can you tell me the way to?

Do you sell maps?

You may sigh in disbelief. Or you may agree that it’s high time for a word purge. Indeed, the uselessness of some other phrases is fast approaching:

Where can I get my photos developed?

The Telegraph cites this line as well. Of course, for those who still take the time, kiosks in print shops and pharmacies offer services to print photos. But the smartphone itself has sneakily taken over as the new photo album. To watch a group of friends sharing vacation pictures is to observe rapid screen swipes and taps, and fervid phone swapping.

Does the room have an Ethernet cable?

Those ghastly cords have all too recently been the lifeline to the outside digital world. Gone soon, too, will be, “What is your Wi-Fi password?”

Where can I mail this postcard?

May I speak with someone in customer service?

The person on the line, or the person you’re speaking with live at a desk, is customer service. With downsizing, centralization and empowerment of front-line employees, customer service often goes no further. Nevertheless, hope springs eternal for resuscitating revered objects and the phrases referring to them, in places least expected. We can thank millennials for some of the new-found interest in nostalgia. For one, sales of vinyl records, long the denizens of dusty attics, hit a 25-year high in the United Kingdom in 2016, increasing 53% vs the prior year, as reported in The Guardian newspaper (3 January 2017). “People think millennials just stream and are just digital … young people still want something tangible and real and that’s where vinyl is taking on the role that the CD used to have,” according to Vanessa Higgins, chief executive officer of Regent Street Records and Gold Bar Records, United Kingdom.

Hang on a minute: the CD? Sent to its inconspicuous grave already? So much to consign to the history books – which themselves may join the graveyard gang before long.