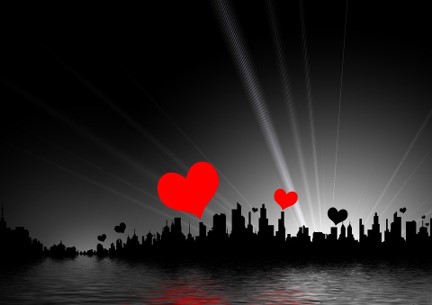 Places have enhanced our language in expressions we can’t do without. Cities conjure up locations on a map or physical expanses of streets and tall buildings, but they mean much more to their citizens and admirers. Invoking a city by name can be like opening a photo album – it reveals deeper feelings.

While announcing that the United States would pull out of the Paris climate accord, US President Donald Trump likely thought he scored a quick win by proclaiming, “I was elected to represent the citizens of Pittsburgh, not Paris.” Besides using an alliteration for effect (repeating letters or sounds), his assertion identified with a local audience (Pittsburgh) and took a jab at a foreign one (Paris). But it also became problematic faster than any retweet could extol its virtues.

Clearly, we can’t just jaywalk through the city mindscape. Trump may have chosen Pittsburgh simply as an example, but fact-checking showed the selection either wasn’t fully vetted or was a severe miscalculation:

Adding insult to injury, Peduto and Anne Hidalgo, the mayor of Paris, co-authored an Op-Ed piece in The New York Times, writing on 7 June 2017: “Last week, President Donald Trump tried to pit our two cities against each other … As the mayors of Pittsburgh and Paris, we’re here to say that we’re more united than ever.”

A tale of two cities emerged between two metropolises with different languages and cultures, separated by an ocean yet sharing interests. The climate-change movement has clearly transformed Pittsburgh from a laggard of the steel industry to a top player in economic activity promoting new green technologies, and has solidified Paris as the perennial international citizen. Further, this urban duet reflects a core of authenticity, a crucial trait in marketing urban areas. According to José Torres, Chief Executive Officer of Bloom Consulting and cited in 2014 on CityMetric.com, “There’s something special about every city. City branding isn’t about inventing something; it’s about discovering what’s already there.”

That cities have historical and multifaceted personas is demonstrated by Rome (Italy), with its sheer number of references in pithy expressions. Think of the city’s heritage: the capital of the unified Roman Empire compared to the city-state system of ancient Greece; the birthplace of major Romance languages including French, Spanish and Italian; and a focal point of literary and oratory culture. Latin survived beyond the good and the bad, and beyond the empire’s decline and fall. Modern times are dotted with shorter declines and rapid rebirths. New York’s grit is largely about how its cosmopolitan flair and mantra of personal success endure despite recurrent bouts of financial stress, social discord and crime. In fa ct, both the uplifting and wildly popular song, “The Theme from New York, New York”, and the feel-good “I Love New York” promotional campaign (covering the entire state) came out of the 1970s, generally regarded as one of the city’s bleaker periods.

Cities package myriad emotions, and their names pepper proverbs. They add a sense of history, color the language and make common expressions come to life. That cities provide an emotional glue for our thoughts goes without saying. “Pittsburgh, not Paris” will no doubt find its place in that crowded space of famous sayings and quotes, a few of which we recall here:

When in Rome, do as the Romans do – St. Ambrose

Why was Rome singled out in this expression (its origins are in Medieval Latin)? One view is that when St. Augustine travelled to Milan in the 4th century, he noted that the Church did not fast on Saturday as the Church in Rome did. He asked St. Ambrose, the bishop of Milan, why that was. The answer: “When I am at Rome, I fast on a Saturday; when I am at Milan, I do not. Follow the custom of the Church where you are.”

Implied is that all paths or methods lead to the same outcome. During the Roman Empire, Rome was at the center of a system of roads, which radiated out from the capital. According to Dictionary.com, the expression was already in use in the 1100s. A modern-day example of the expression is, “As long as we get the delivery by next week, we don’t care which supplier you use – all roads lead to Rome”.

The legend behind this expression is that Nero, Rome’s emperor, played his violin during a catastrophic fire and so exhibited a crass lack of concern for the city and its residents. Some sources claim Nero never had a violin, and that he didn’t totally ignore his citizens. “Fiddle” is from the Old English fithele, denoting a violin or similar instrument, and is related to the Dutch vedel and German Fiedel. They in turn are based on the Latin vitulari, to “celebrate a festival, be joyful”, perhaps from Vitula, the name of a Roman goddess of joy and victory. Since then, according to Oxford Dictionaries, the expression has come to mean “concerned with trivial matters while ignoring the serious or disastrous events going on around one”.

Rome was not built in a day – French proverb

Much time is needed to build or achieve great things, as this proverb underlines. The playwright John Heywood first used this old French saying in English in 1545, according to the John Cabot University Official Admissions blog.

What happens in Vegas, stays in Vegas – derived from a slogan for the Las Vegas Convention and Visitors Authority According to Samantha Shankman writing for The Week, this is an offshoot of the original phrase, “What Happens Here, Stays Here”, which became the slogan for the Las Vegas Convention and Visitors Authority in 2003. A public vote in 2011 recognized it as one of four campaigns worthy of the annual Madison Avenue Advertising Walk of Fame. Nevertheless, parallel sayings about secrecy or discretion already existed in the 1970s: “What’s said (What happens) at home stays at home”, “What happens in the group stays in the group”, and even “What happens in the clubhouse stays in the clubhouse”, as noted by Sheila Bock in “What Happens Here, Stays Here: Selling the Untellable in a Tourism Advertising Campaign”, from Western Folklore, 1 April 2014.

Boswell was known as one of the first great biographers, and Johnson was “arguably the most distinguished man of letters in English history”, according to the Oxford Dictionary of National Biography. Johnson’s Dictionary of the English Language included over 114,000 quotations, which was distinctive for the time. He turned out to be a man worth quoting as well.

In London everyone is different, and that means anyone can fit in – From the film Paddington

The Evening Standard cited this “big-hearted message” in its 2014 review of the film. The line certainly captures London’s reputation as a multicultural magnet.

This simple yet highly emotional German sentence at the end of an English-language speech sought to help galvanize the West’s campaign to resist the Soviet presence in post-war Germany. US President Kennedy deftly concluded his public address in West Berlin on 26 June 1963 with: “All free men, wherever they may live, are citizens of Berlin, and therefore, as a free man, I take pride in the words Ich bin ein Berliner.” Critics pointed to another, literal meaning of the German words: “I am a jelly-filled donut” (a Berliner is the local term for just that). But Kennedy’s delivery reflected the nuances of German. According to Thomas Putnam, writing in The Atlantic, while some suggested he should have dropped the article ein (“a” in English) to make it Ich bin Berliner and thus to connote being a native of the city, Kennedy instead referred to himself as ein Berliner, a subtle difference indicating that he was more a Berliner in spirit.

To err is human, to stroll is Parisian – Victor Hugo

From the historical novel Les Misérables (1862), the quote reflected Hugo’s love of Paris, according to Penguin Random House’s reader’s guide of this classic. The second part of the quote is often cited as “to loaf is Parisian” (a fine difference in meaning: strolling is leisurely, loafing is aimless).

What – not Frank Sinatra? Indeed, the famous line capturing the city’s distinctive ethos originated in the song for the film. Sinatra’s rendition in 1978 catapulted the song to broad popularity.

(In) a New York minute – Unknown

While first used in 1954, according to Merriam-Webster, this expression gained traction in Texas around 1967 and underlined, from a Southern point of view, the frenzied pace of life in New York City. It means ”instantly, without hesitation, and with overtones of freneticism; based on a derogation by Southerners of the supposed hectic pace in New York”, according to William Safire, writing for The New York Times in October 1986. Safire cited another, more colloquial definition: “the time it takes for the light in front of you to turn green and the guy behind you to honk his horn”. Or as one might say, the quintessential New York wake-up call?

According to LAObserved.com, this description of Los Angeles is most likely not from Parker, the American author, but a paraphrase from Aldous Huxley’s book, Americana, in which the author referred to the city as “nineteen suburbs in search of a metropolis”. The veracity of the Huxley attribution is also quite weak, however, as some believe Huxley was quoting another person. Regardless of the origin, the central idea communicated by the line was a poignant take on the city’s characteristic sprawl.