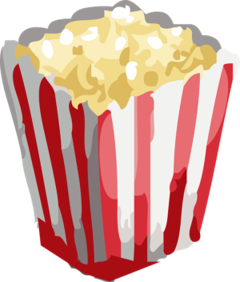 If you want to nail down some colourful compounds, you must have a thing for words. Load up on these compound verbs beginning with the letters L, M, N and O! To joke about or dismiss lightly

Example: The tourists laughed off the warnings about pickpockets and walked freely through the square.

Example: The fans laid into the referee about some questionable calls.

To divulge or reveal

Example: The man let on that he preferred a Subaru to a BMW when he said he admired all things Japanese.

Example: She let on that she had a degree in psychology.

Example: My parents let me off easy, probably because I had never returned past the curfew before.

Example: We let them off last weekend about cooking dinner, so we expect this time they’ll prepare a full meal. To overcome or reduce the shame of

Example: He couldn’t live down last night, no matter how hard he tried to find an excuse.

To exist to enjoy or benefit from

Example: They live for the chance to meet a rock star – that’s why you see them at every concert.

Example: He lives for skateboarding.

Example: They lived up to their reputation of being the best yodelers in town. To take or accumulate

Example: If you load up on all that popcorn during the movie, you won’t have room for dinner.

Example: We lucked out getting tickets to see the opera.

Example: If we go in different directions, we’ll make after the purse snatcher by covering all possible routes. Example: The robbers made off in the blink of an eye.

Example: I can’t make him out; he seems so aloof.

Example: How are you making out at your new job?

Example: The stylist made her over so no one would recognize her.

To ruin or do badly

Example: They mucked up the work, so they’ll have to start over again.

To cope or manage, continue

Example: The orchestra muddled through despite the conductor’s two-week absence. Example: We signed the contract to nail down our agreement.

Example: She couldn’t nail down the problem but felt it wouldn’t work.

Example: I’ll just nip out to get some wine.

Example: The chimes of the grandfather clock kept Wilburt from nodding off in his armchair. Example: He started to nose around his sister’s bedroom, looking for her diary.

To provide or give to please

Example: The restaurant offered up a real taste of Japan.

To choose not to participate

Example: They opted out of the trip when they heard it would snow.

Example: Her boyfriend was always ordering her around so she left him.

Example: The players owned up to purposely sleeping in to skip practice.