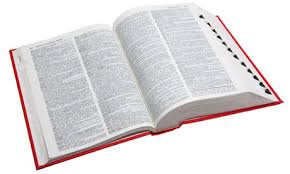 Our new series covers wonderful words – words that may not be well known, but that are worth knowing more about and using.

Perhaps most sports aficionados out there (especially basketball fans) are aware of the word “bracketology”. The Oxford Dictionaries defines it as “the activity of predicting the participants in and outcomes of the games in a sports tournament”. The predictions are outlined on a diagram that represents the sequence of games. Here’s an example: It’s mostly an American term, which originated in the early 21st century. Naturally, it comes from the word “bracket”, a “projection serving as a support”, and “-logy”, a subject of study or interest, or a branch of knowledge.

News that this word, among others, was added to the Oxford English Dictionary in 2016 caused quite a stir. TIME magazine wrote an article on the addition on 12 September 2016.

A few examples of how the word is used include:

“Bracketology is an educated, statistically-driven guess at who will make the NCAA Tournament field come March.” (Oxford Dictionaries online, Dictionary [US])

“Hopefully, when I do my bracketology it will be at least 80% accurate on seedings and 75% accurate on who wins what games.” (Oxford Dictionaries online, Dictionary [US])

“Bracketology is the process of predicting the field of college basketball participants in the NCAA Basketball Tournament, named as such because it is commonly used to fill in tournament brackets for the postseason.” (Google, Bracketology definition)