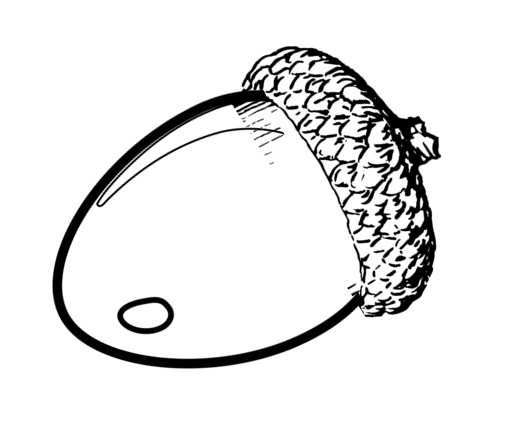 The many odd and revealing terms of English vocabulary make the language a word collector’s paradise. Our wonderful words series continues with: eggcorn.

In use only since the early 2000s, “eggcorn” stems from how some people say “acorn”. Their pronunciation of the term for the smooth, oval nut of the oak tree is distorted. That mispronunciation led to the new word, “eggcorn”, which Oxford Dictionaries defines as a “mishearing or misinterpretation of another [term], an element of the original being substituted for one which sounds very similar (e.g. tow the line instead of toe the line).”

According to the Merriam-Webster Dictionary, an eggcorn can be “mistakenly used in a seemingly logical or plausible way” for another word or phrase. Thus, we may not blink an eye at “self-phone” (cellphone), “cold slaw” (coleslaw), “holiday sauce” (hollandaise sauce) and, yes, “never regions” (nether regions). Think of squeezing an oval peg into a round hole and you’ll get the idea of an eggcorn.

How many eggcorns are there? It’s difficult to say, but The Eggcorn Database includes over 600 and cites “hurdle > hurtle” as one of the best examples. The common word “hurdle” – an obstacle, or as a verb, “to jump over an obstacle while running” – is pronounced similarly to the much less used “hurtle” (“to move or cause to move at high speed, typically in an uncontrolled way”). Moreover, while they have different meanings, the two words share some metaphorical space: you will likely need to hurdle some obstacles while hurtling through a forest. The database cites this published example, among several others:

“We’ve got more carbon dioxide in the atmosphere now than at any point since the Pliocene, when there were jungles in northern Canada. And the number hurdles ever upward, as ocean levels rise and extreme weather becomes routine.” The New Yorker, 12 May 2013

Acorn, eggcorn: what’s the lesser of two equals? (Gotcha! It’s actually two “evils”). Whether you let an eggcorn or two creep into your vocabulary is a mute point for the word’s aficionados, though rightly not a moot point for others. But at the end of the day, for all who use platemats at dinner instead of placemats … you’re forgiven.