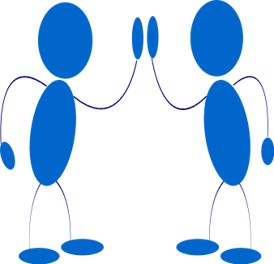 Wonderful words stop the reading eye like no others. Commenting in a New York Times article of 31 May 2018 on the review of poor operations that crippled New York’s JFK International Airport following a storm, Ray LaHood, US Secretary of Transportation (2009-2013) and adviser to a Manhattan law firm, said Los Angeles International Airport by comparison “has a similar structure [to JFK’s] and they’ve got it down to a fare-thee-well”.

With their archaic though poetic flavor, the words “fare thee well” conjure up a nice and eloquent way of saying “goodbye” or “have a nice day”. Passages from the past include:

Farewell, my dearest sister, fare thee well.
The elements be kind to thee and make
Thy spirits all of comfort! Fare thee well.
– William Shakespeare, Antony and Cleopatra

Records of the phrase’s use over time, however, are spotty at best. The American Heritage Dictionary of the English Language refers to “fare thee well, may it go well with you, good-bye”. It recalls our modern parting expression, “Take care”. A few years ago, Fare Thee Well was the title of the photographic retrospective of the Grateful Dead’s final five Fare Thee Well concerts. But Random House Kernerman Webster’s College Dictionary cites it to mean something totally different: in 1770-1780, it was used to indicate “a state of perfection” or “the maximum effect; fullest measure or extent”. “Fare thee well” was originally a verbal phrase, according to the English Language & Usage blog. It meant, “to bid or wish someone to have success in some venture, in the form of a polite command”. But it changed its meaning through a change in usage, becoming a noun: a fare-thee-well. Hyphenated, it served to modify another verb. Thus, to “play a part in a film to a fare-thee-well” means to perform it “to perfection”. Used in this way it modifies the verb to “play” and means the actor acted flawlessly, to the utmost degree or thoroughly.

Another theory of early uses of “to a fare-thee-well” as discovered in print archives suggests that the expression first meant “besting someone by a lot” or “until they have to say farewell”, and from there it transpired to simply mean “doing something a lot” or “to the extreme”.

Mr. LaHood’s sentence with the expression can now be added to the list of historical usage since his example illustrates its meaning to a fare-thee-well.