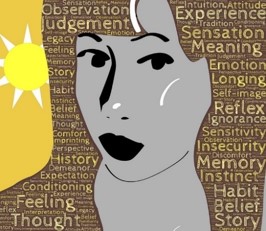 Facts making space for alternative facts, the post-truth age subordinating reality to emotion and personal opinion … and now, events and other news being packaged as “narratives”. If you hope to get a straight-up version of local, national and international goings-on, you may be disappointed.

US President Donald Trump’s press secretary recently admonished reporters for what the administration felt was the media’s “default narrative” about Trump’s shortcomings and problems. The New York Times has also jumped into the narrative fray (“In Trump’s Early Days, News Media Finds Competing Narratives”, 31 January 2017). It characterizes the situation for readers and viewers as, “it’s follow the narrative of your choice, and be wary of the great chasm between”.

While consumers of news hope they’re getting a nuts-and-bolts account of events, many are nonetheless aware that media organizations slant to the right or left of the ideological spectrum. However, when labelled as a “narrative”, the news sounds much like storytelling. Searching for uses of the term “default narrative” online turns up a reference in the Proceedings of the Twenty-Fifth Annual Conference of the Cognitive Science Society (USA, 2003), which talks about “the default narrative flow (a linear navigation path for which the reading or organization of the content is most natural or perspicuous)”. Therein lies the power and perceived danger of a default narrative; its makeup and flow are perspicuous, i.e. clearly expressed and easily understood. According to John Rockley, a media and communications consultant and trainer, the statement, “politicians are corrupt”, presents a clear view of politicians and is the start of a default narrative. Its value could be questioned, however, because not all in this group are dishonest. Nevertheless, the corrupt ones get the media’s attention, and that reinforces the default narrative. Another example, “management doesn’t tell us anything”, can quickly become the default narrative when all communications focus on it, creating a singular message the audience will most likely retain and believe.

Many decision-makers, experts and even leaders may believe that the primacy of facts will prevail over all other elements and factors in communications. That’s not so clear when alternative facts, post-truth positions and default narratives are circulating among readers and listeners.