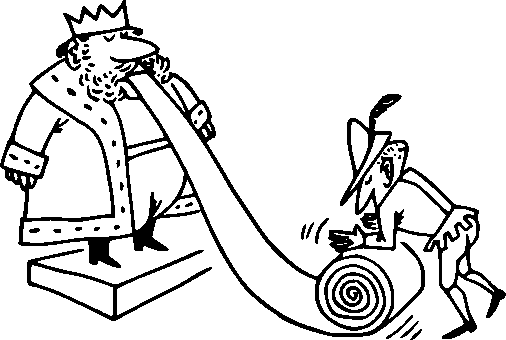 American pundits talk about the “Fox” view of the world, a reference to the US media outlet’s stance on the news and its ability to shape viewers’ beliefs. In what some see as a similar approach to propagating a particular view of reality, Kellyanne Conway, the US president’s chief counselor, recently claimed “alternative facts” showed that the size of the crowd at Donald Trump’s inauguration was very different from what the media had reported. With her unusual twist of phrase (doublespeak?), many wondered whether the Orwellian posit of the state’s ability to control its citizens’ opinions had re-emerged.

Disassociated from the hype, however, “alternative facts” seems to be an attempt to argue (or falsify?) certain facts. The crowd on the National Mall in Washington DC on 20 January represented a small portion of the much larger viewership on TV and live streaming through computers and smartphones. If not the inauguration with the highest attendance, “it was the most-watched inaugural … never mind the audience that was here,” according to President Trump’s press secretary, Sean Spicer, in a heated post-mortem exchange about the facts.

Will the introduction of such expressions as “alternative facts” serve to normalize the notion of biased perception or interpretation over truth and let the Orwellian cat out of the bag? Through its contrast of meaning, the term calls attention to language used in increasingly subjective, and possibly vague and deceptive, ways. Another culprit, “post-truth”, recently claimed its fame as Oxford Dictionaries’ 2016 international word of the year. Arguably, and over the centuries, politicians and good orators have called on post-truth approaches – those that appeal to emotion and personal belief – to help shape public opinion. Has that kind of talk, though, finally reached its limits of acceptability?

The US administration’s current ban on citizens from seven Muslim-majority countries entering the United States, reportedly to protect the nation from “foreign terrorists”, stings affected audiences. It implies that, indiscriminately, all Muslim citizens are potential terrorists who want to attack the US. Never mind that the facts compiled on the perpetrators of mass killings in the US since 1982 show that most were white men (64%; black men made up 16% and Asians 9%). The open debate about building a wall along the US border with Mexico also is grounded in allegations that Mexico sends to the US “people that have lots of problems. … They’re bringing drugs. They’re bringing crime. They’re rapists.” That emotionally charged message treats complex immigration and unemployment issues in a simplistic manner, leaving aside the objective facts. It goes one step further than doublespeak but at the same time seems less tolerated by the international public, judging from the myriad commentaries and dissenting opinions.

Yet is introducing alternative facts or presenting reality in a particular light “Orwellian” in the sense of being destructive to the welfare of a free and open society? The fact that such expressions and representations are surfacing seems, on the contrary, to validate the concept of free speech and demonstrate the tolerance of alternate standpoints and independent views.

Alternative facts and post-truth positions provoke divisiveness in public opinion as people inevitably pick which point of view to consider or believe. But only the future will tell whether we (the free world) are headed towards an era of deception, secret surveillance and manipulation of facts, or an era of anything goes where all things are accepted and acceptable, and nothing is off-limits. Should either of these narratives be tolerated? But beyond what we endure, language and communication will always be fraught with subjectivity and persuasion.