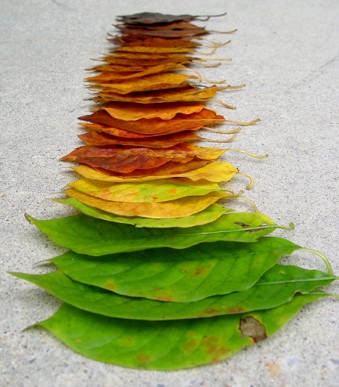 Here is the last post in our series of colourful compounds. Just adding another element to a one-word verb, such as an adverb, as in break down, or a preposition, as in see to, can change the sense of the verb drastically.

So wallow in the rich meaning of these compound verbs!

To join or get involved quickly; to plunge

Example: Although she was no expert in English, the math teacher waded in, criticizing the sentence structure. To stay up late; to wait for someone/something to catch up

Example: I won’t be home from the theatre before midnight, but wait up for me.

To abandon, leave; to refuse to work

Example: The movie was so bad that we walked out before the intermission.

Example: Carmen takes tea at the Ritz to wallow in a luxurious setting.

To accomplish or succeed easily

Example: I waltzed through the driving test.

To desire to leave

Example: David wanted out of the relationship.

To be felt deeply; to appear suddenly

Example: A strong feeling of embarrassment washed over me.

To become thin and weak, to wither; to dissipate

Example: They lived on welfare after wasting all their money away.

To dilute, weaken or reduce

Example: Don’t water down the report – readers need to understand the unfavourable situation.

To signal to stop

Example: Mary waved down the bus but it sailed on past her.

To ignore or dismiss

Example: My father waved aside Kevin’s explanation and sent him to his room.

To evade, achieve by deceit

Example: The boys tried every trick they knew to weasel out of going to school – but it didn’t work. To join, offer an opinion or argument

Example: He weighed in with a warning that the consequences would be extremely unpleasant if no agreement were reached.

Example: We weighed up going to the movies or reading, and decided to compromise by watching “Downton Abbey” on TV.

To pass time without boredom

Example: I whiled away the days by painting.

Example: I whipped off the report in no time.

To excite or stir up; to prepare or put together quickly

To separate, select, sort or rid; to find or identify

Example: We’re trying to winnow out the truth despite the conflicting messages.

To become aware, informed; to realize, accept; to instruct, give important information

Example: Wise up! Do you really think he will loan you his car without a favour in return?

To grapple or struggle

Example: He wrestled with the problem for weeks before he found the solution.

To eliminate or cross out

Example: She x-ed out her name and address from the list.

To pull or tug, harass

Example: Stop yanking me around!

To surrender, give in

Example: Forgetting his diet, he yielded to temptation and ate the chips.

To aim or direct attention, concentrate; to move towards

Example: Claudia was able to zero in and deal with the setback.

Example: She zipped around in her new sports car.

Example: We told them to zip up about last night’s party.

Example: The commission zoomed in on the budget cuts.