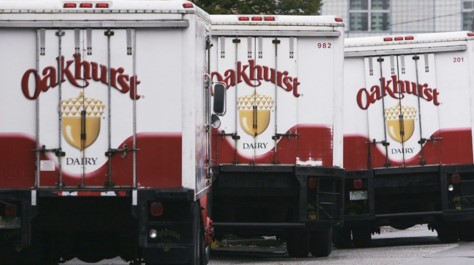 The case of Nitpickers v. Nitpickers, so coined by an article on Quartz.com, revealed the perils of missing punctuation that led to a misinterpretation of how employees are paid. The unassuming serial comma became the centre of a semantic debate driven by Oakhurst Dairy delivery-truck drivers of Maine (USA) that ended in a resolution in court – to the tune of $5 million.

What was the problem? The state’s laws governing workers’ compensation had listed some activities that didn’t qualify for overtime pay as follows:

The US Court of Appeals for the First Circuit found the law’s phrasing unclear and sided with the drivers. The state meanwhile rephrased the text to better reflect the original intent of the law:

“Distribution” was changed to “distributing” to align it with the other tasks and thus clearly show it as another activity. But heavy-handedness marks the text: semicolons seem excessive where commas would have sufficed.

“The devil is in the details, says the purist”; attention to them from the start would have prevented the milk from souring. The solution arguably benefited all parties. The drivers got a settlement and righted the wrongs of misinterpretation, and the state fixed a misunderstanding in a law that protects its future coffers. All along, though, events were overshadowed by the spectre of how the misuse or lack of punctuation can lead to costly corrections.

Now, was all the wrangling worth a $5 million settlement? If it makes all parties and the public aware of the importance of punctuation to correctly understand vital texts – of course.